CIE has rebranded this year to CIU. Full details on the new partnership can be found here.

Details on Tryouts for Summer 2020 are below.

The fee to tryout is $25 per player. This will help cover facility rentals, coaching and admin fees.

Please note that Super Y, uses the 2020-2021 birth year standards and not the current one.

Players born in 2001-we are allowed to roster six players with this birthyear on our U18/U19 team-so if interested-please attend tryouts.

If you currently play CIU (winter) speak to Edgar or your coach about playing super y in the summer of 2020.

WHO IS ELIGIBLE TO PARTICIPATE?

All players regardless of their club affiliation during the regular season are invited to tryout for one of our Super Y teams.

Players will train twice per week June and July and play in the Midwest as they compete against some of the regions best players and look to qualify for the National Finals in Tampa, FL, Dec 2020.

This is a fantastic opportunity for serious players over the summer away from their regular club teams to receive quality training and play in some very high level games. Providing them an opportunity to continue to develop and improve on their game is this key focus of this program.

Central IL United is delighted to announce our continued participation in the USL Super Y League for the summer 2020 season. The Super Y League will provide a platform for the most committed players from across Central Illinois the opportunity to continue to develop their play with meaningful training sessions and games during the summer months.This year we have rebranded the program and will now be called Central Illinois United (CIU).

It should be noted that Super Y teams will be totally separate from their club teams that participate in the usual fall, winter and spring schedule. All Super Y teams that are formed to play together in the summer months only and will usually consist of players from various teams as well as players committed to other clubs across the state.

In 2017 we had 300 players participate on 14 teams. For 2020 CIE will seek to form Elite Boys and Girls teams, aged U12-U19 to compete in this nationwide league through open tryouts, individual invitations and select player recruitment. We are very excited to continue to bring this opportunity to Central Illinois youth soccer players and all players regardless of their club affiliation during the regular season are invited to tryout.

We recommend that all players tryout for their birth year.

Please read on for more information and do not hesitate to contact us with any questions you may have. 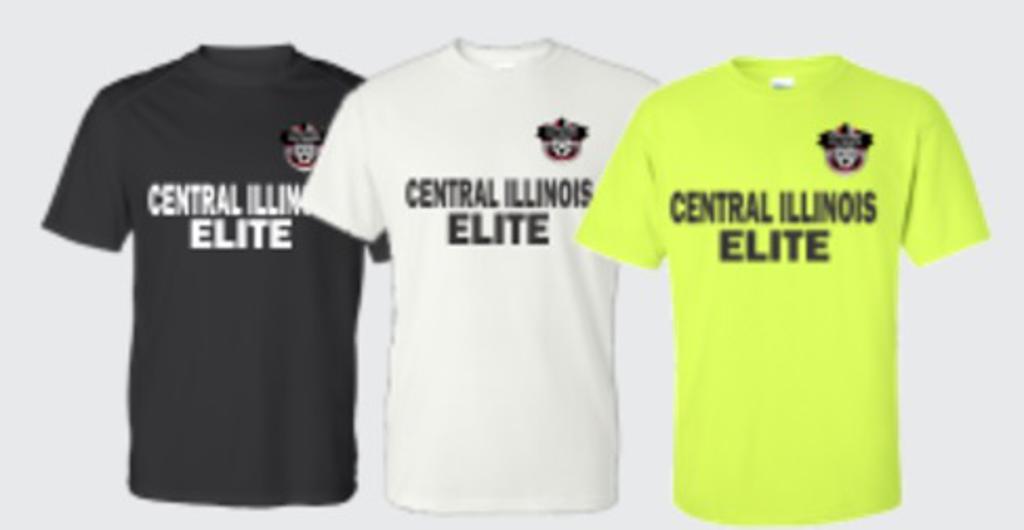 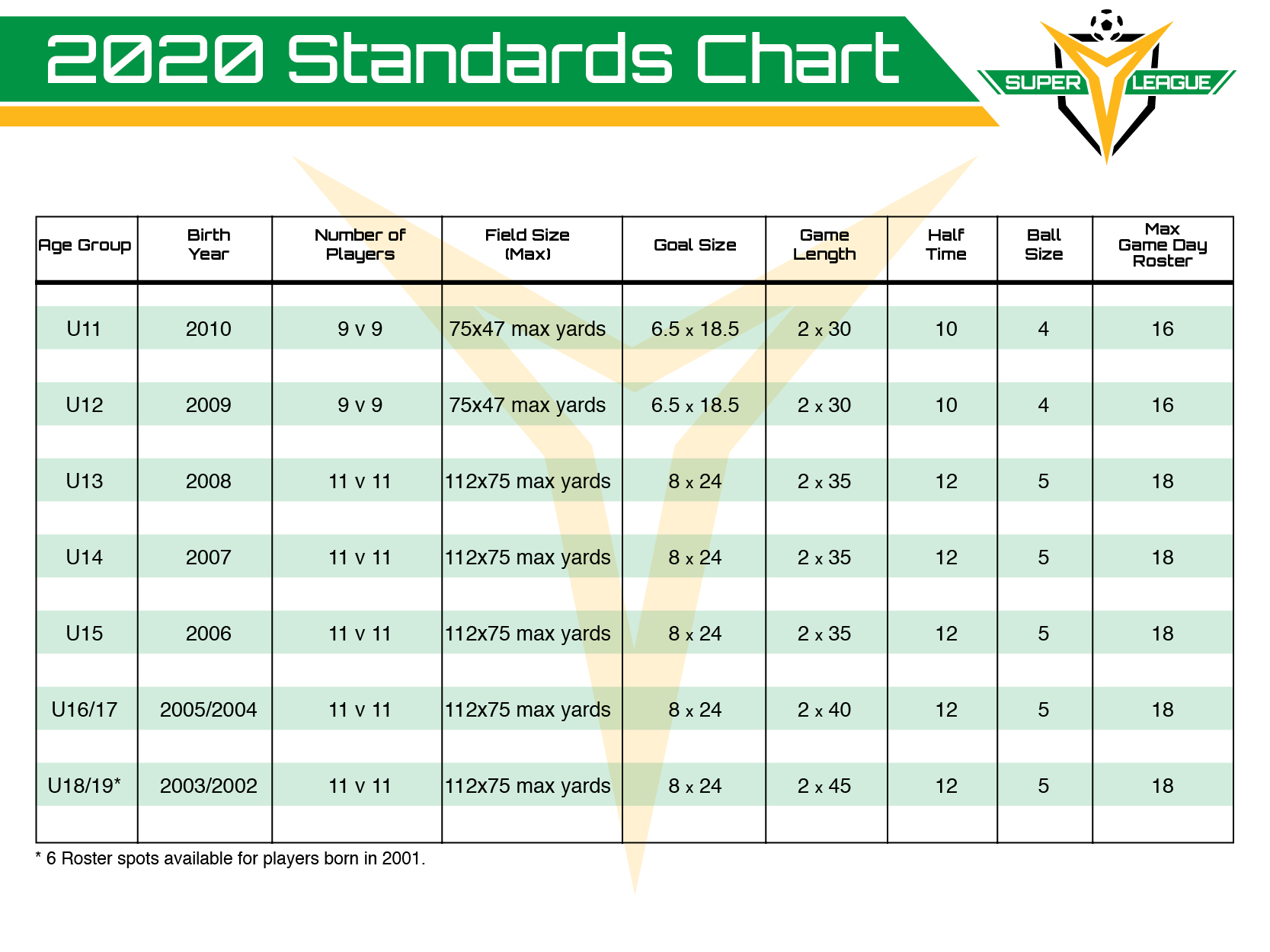 ABOUT THE SUPER Y LEAGUE

Founded in 1999, Super Y is a nation-wide youth summer league operated by the United Soccer Leagues (USL), which is the largest organization of elite soccer leagues in North America. Affiliated with US Soccer, the Super Y-League contains the youth academies of Major League Soccer clubs, USL PRO clubs, Premier Development League and W-League clubs. Divisions within Super Y are organized geographically, and membership in the league is limited to only a few elite programs to ensure strong competition. The Super Y-League also has its own ODP Identification Program that has opened countless doors for players to be identified for U.S. National Team Programs.

The league is designed to provide the most committed players with an opportunity to continue their development during the summer months. Teams participating in the SYL will typically train twice per week during June and July and play approximately eight games against teams from across the Midwest. Games are usually played on the weekends and often at neutral sites such as Kalamazoo, MI, South Bend, IN, Chicago, IL & Indianapolis, IN  with each team playing multiple games to reduce travel and expenses (ex: two games on a Saturday and one game on Sunday). All games should be complete by July 31st.

Some of the major advantages of playing on a Central Illinois United Super Y League team are listed below:

- Competition Level: CIU teams will compete against some of the top clubs in the Midwest throughout the summer with the opportunity to represent the region at the North American Finals in December.

- Preparation for Fall Season: The Super Y season can also serve as excellent preparation for players readying themselves for the fall season, whether it's with their high school team or their own club teams. Players participating in Super Y enter the fall season better conditioned and playing at a higher level than those who do not.

- Additional Training Opportunities: Players involved with our Super Y League teams will also benefit from unique additional training opportunities that no other players will have access to. This includes but is not limited to; strength and conditioning, position specific clinics and are looking to add video analysis.

- Coaching Staff: Teams will be led by Member clubs professional coaching staff. All coaches are USSF and/or NSCAA licensed and are some of the most knowledgeable and experienced coaches in Central Illinois. All of our staff are committed to developing players in a positive and challenging environment.

- Affordability: CIU teams will provide a quality player development environment during the summer months at an affordable price compared to the traditional summer soccer camps and player ID camps players often attend at this time of year.

- Game Play: Players invited onto an United team will gain the benefits of not only training during the summer months but playing in meaningful games where they can translate ideas from training sessions into their play.

WHAT ARE THE NORTH AMERICAN FINALS?

After the summer season the top teams in each age group across the various regions qualify to advance to the North American Finals in December. The North American Finals is the pinnacle moment of competition and player scouting in the Super Y League season and is hosted at IMG Academy’s world-class facilities, which also play host to MLS teams, the USL PRO Combine, and teams from the international level. Standout performances by clubs and players have the potential to create opportunities to play college soccer and to translate into Super Y ODP nominations.

* There will be an additonal per player cost for any teams that qualify for Super Y League North American Finals. Only U12-U18 teams are eligible to qualify for the finals in FL.

The SYL Regional Scouting Series provides elite SYL players a platform to showcase their individual abilities for college coaches in their region or qualify for a US Technical Championship. These events aim to enhance development off the field with unique and holistic programming exclusively for SYL players and parents through league partners. This professionalized scouting process will help promote and identify top SYL prospects for regional and national programs.

By attending the SYL Regional Scouting Series events, each elite SYL player has the opportunity to be called into a national pool where, if selected, they will be given the chance to participate in the USL Experience. The USL Experience will provide an unprecedented look into professional American soccer designed for the nation’s elite players who dream of advancing through the professional player pathway.

We will release details on the 2019 program once available.